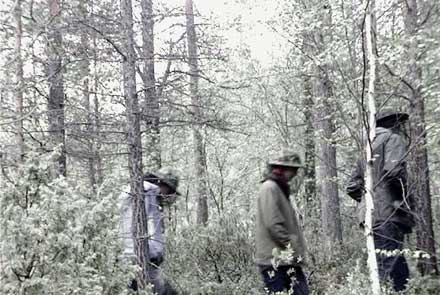 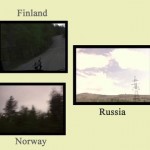 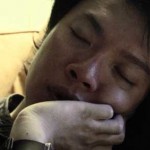 Connection Barents, DVD. Over the course of 3 weeks spent in the border area between Russia, Norway and Finland, Eismann was commissioned to provide artistic leader Ong Keng Sen with video work during the work lab Connection Barents, as well as to document the process and produce an audiovisual piece that mirrored and interpreted the form of the lab, the summer light, the landscape, the tapestry of encounters and narratives that took place.

”…in the miniature is the universe
doubts but also new paradigms of making work
perhaps we can become medium for each other
as when Katarina became the camera for Konstantin
a friend in Murmansk, he wanted to make a documentary about his activist community
Katarina became his eye for the night
following his directions, she shot the clip-documentary
becoming her ear
collaborating rather than appropriating
as to foreign and local
perhaps we are still foreigners in our localities
perhaps we are still border crossing within ourselves
perhaps we can still learn from other´s optimism
attempting to communicate,
translating,
understanding something else from another´s intention…”
From DVD, ”Connection Barents” Ong Keng Sen, 24 0ct 2006, Singapore